Education: I graduated from Newman University in 1992, with a BS in Physical Education, and received a MS from Wichita State University in 1997. I've been teaching P.E. for 24 years, and prior to coming to Lovejoy, I taught and coached in Derby, Kansas.

Coaching History: This is my third year coaching at Lovejoy. I coach varsity baseball, and 7th grade football. Prior to coming to Lovejoy, I coached baseball, and football at Derby High School in Derby, Kansas for 15 years. In 2001, the Derby Panthers won the 6A State Championship while Coach Nicholson worked directly with the pitching staff. After the head coach retired in 2009, Coach Nicholson was offered the job as Head Baseball Coach where he held that position for 3 years before making the transition to the Allen area.

Personal: Coach Nicholson is married to Sheryl Nicholson who teaches Kindergarten at Lovejoy Elementary School. They have 6 kids, Tiffany, Ashley, Skylar, TJ, Brady, and Peyton. Coach Nicholson loves being with his family, and enjoys riding bikes and golfing. 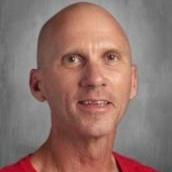